Voluntary assistance as a doctor at the Division of Obstetrics and Gynecology of the Ramazzini Hospital in Carpi. Since 1-9-1996 to 30-10-1996.

Voluntary assistance as a doctor at the Division of Obstetrics and Gynecology of the Ramazzini Hospital in Carpi. Since 15-7-1997 to 8-10-1997.

Senior Medical Director in Gynecology and Obstetrics in Role, Full Time Holder, at the U.O. of Obstetrics and Gynecology of the Franchini Hospital of Montecchio Emilia USL of Reggio Emilia, with expectation and conservation of the post since 12/06/2000 for coverage of appointment at the Obstetric and Gynecological Clinic of the Hospital Policlinico of Modena. Since 16/10/1999 to 12-06-2000.

First level Medical Director in Gynecology Obstetrics appointed for a fixed term, on vacant position, at the Obstetric Clinic of the Polyclinic Hospital of Modena. Since 12-06-2000 to 31-3-2001.

First level Medical Director in Gynecology and Obstetrics in Role, Full Time Holder from the U.O. of Obstetrics and Gynecology of the Franchini Hospital of Montecchio Emilia. Local health authority of Reggio Emilia. Since 1-4-2001 to 30-6-2002.

Medical Director of Obstetrics and Gynecology at the San Francesco D’Assisi Hospital of Oliveto Citra, Salerno Local Health Authority, with an open-ended employment relationship as a result of mobility from the AUSL of Reggio Emilia, right note of the Executive of the Management and Human Resources Service prot. No. 442 of 24 June 2002. Since 24/03/2002 to30/05/2011.

Medical Director in First Aid Obstetric-Gynecological at the OU Obstetrics and Gynecology National Hospital and High Specialty Hospital of St. Joseph Moscati of Avellino. Since January 2011 to 2016.

Medical Director of Obstetrics and Gynecology at the PO Santa Maria della Speranza, ASL Salerno. Indefinitely with full-time employment relationship. Since 1/6/2011 to day.

TYPE OF ASSIGNMENT CURRENTLY COVERED AND RESPONSIBILITY AGAINST ASSIGNMENT OF STUDY / PROJECT MANAGER (PROTOCOL 8549 / dg of 22 July 2015) of the Project “Chronic pelvic pain: proposal of an assistance network and assessment of its impact on the rate of diagnosis and quality of life”, among the Priority Objectives and of national importance of article 1, paragraph 34 and 34 bis. Law 662/96. Since 22-7-2015 to day.

Referent of Urogynaecologic Outpatient Unit and of Rehabilitation and Reconstructive Surgery of the Pelvic Floor at the PO PO Santa Maria della Speranza, ASL SA. (PROTOCOL pg 2013/23309 OF 07/05/2013). Since 7/5/2013 to day.

Director of the Department of Obstetrics and Gynecology. Hospital A. Rizzoli Ischia (Naples). Since 1/10/2018 to day.

He has experience and competence in the management of clinical risk both in obstetric and surgical fields, skills that have been recognized by the Ageras with the appointment of Technical Support in the Subject of BIRTH POINTS for AGENAS of considerable importance such as quantitative prot. 1762 of 29/02/2016 Agenas; and from the Strategic Company ASL SA with the appointment of Component of the Company Study Group (ASL SA) on Maternal Mortality Surveillance (PROTOCOL 634 11 February 2015).
Member of the National Working Group on the “PRE-HUMAN COUNSELING PREMATURITY” of the Italian Society of Perinatal Medicine: as a Representative
AOGOI, from 2017.
Expert in cancer, vaginal, laparoscopic and abdominal surgery; has performed numerous vaginal hysterectomies, as well as totally laparoscopic and laparo- assisted hysterectomies.
He has experience and expertise in the creation of organizational structures that develop the professional collaboration between the medical and nursing component, having organized dozens of scientific obstetric-gynecological training events for surgeons, obstetricians and professional nurses, as well as being the Scientific Responsible of a Training Project Residential Company ASL Salerno 2012, accredited by the Ministry of Health with 25 ECM Credits, for all professional figures, divided into 3 Modules, with a total of 40 hours: “Management at risk pregnancy Protocols and guidelines for the management of preterm birth : Mother and Newborn Assistance. Collaboration between the obstetric and neonatological team of the various principals of the ASL Salerno “.
Since 2015 he is dedicating himself clinically and scientifically as a strong supporter of the Synergy between the figure of Gynecologist-Obstetric and Neonatologist, working in the forefront for several years on the regional and national territory with the organization of many events and joint scientific meetings. Scientific Director and Speaker 1 ° AOGOI-SIN Joint Meeting, held in Cava de ‘Tirreni on 27 March 2015. Scientific Director and Speaker 2 ° Joint Meeting AOGOI-SIN Preterm birth: Recommended Perinatal Care, held in Cava de’ Tirreni on 22 January 2016, meeting Synergy between the figure of the Gynecologist-Obstetric and Neonatologist, Congress SIGO October 2016.
Clinically and scientifically involved in the problem of hemorrhage in pregnancy and intrapartum, author of numerous scientific work on the epidemiology of anomalies of the placental implantation and analysis of maternal fetal outcomes in Obstetric management, publishing more than 60 papers on the implications of placental pathologies and gestational complications such as PROM, Preterm Birth and Diabetes with prestigious authors such as R. Romero and T. K Woodrouff, (see Curriculum Vitae and Professionale from 1991 to 2002).

Experience of over 25 years of obstetric first aid and delivery room, obstetric assistential activity for both physiological pregnancies and for pregnancies at risk, proven experience and expertise in organizational procedures necessary for maintaining the rate of caesarean sections within the established objectives for a optimal quality of childbirth assistance, gained both in the first phase of her work experience in Emilia Romagna, oriented towards the humanization of childbirth, spontaneous delivery and birth in analgesia, where she worked for about 15 years in prestigious Birth Points (Policlinico di Modena, Rovigo, Montecchio Emilia, Sassuolo and Vignola).
Since his post-graduate education he has been clinically interested in research in the field of “Obstetric Pathologies”,
During this period she attended numerous courses on the control of maternal fetal wellbeing and prenatal diagnosis, at the Obstetric and Gynecological Clinic of the University of Bologna directed by Professors Rizzo, Pilu, Nicolaides (see curriculum form from 1991 to 2002) acquiring skills and accreditation in fetal echocardiography, in the control of fetal wellbeing Antepartum, doppler, biophysical profile, computerized cardiotocography, in ultrasound of the 11th -14th and 18th-23rd week “Certificate of Competence of the Fetal Medicine Foundation.
She continued to deal with obstetrics and prenatal diagnosis by performing thousands of second level ultrasound examinations Evaluation of Nucal Translucency, Ultrasound of the Second Trimester, Amniocentesis).
Component Reviewer of Recommendations on Delayed Cordonial Cut, SIMP March 2017.
Author, reviewer of the “Perinatal Card”, AOGOI-SIN document for the counseling of the Parto Pretermine, March 2015.

Expert in cancer, vaginal, laparoscopic and abdominal surgery; has performed numerous vaginal hysterectomies, as well as totally laparoscopic and laparo- assisted hysterectomies. He has experience of robotic surgery for pelvic tumors at the Pascale Institute at the SC Oncology Colon Surgery from 2009 to February 3, 2016 and at the Gynecological Oncology Clinic of the Catholic University, directed by Prof. G. Scambia.
Expert in reconstructive surgery of the pelvic and uro-gynecological floor, he has performed numerous operations of pelvic reconstructive surgery and correction of female urinary incontinence and from 1999 to 2002 (for 3 years) at the Hospital of Montecchio Emilia (Reggio Emilia) with Dr. Lorenzo Spreafico.
From July 2002 to today he works at the Gynecology-Obstetric Unit of Oliveto Citra and Battipaglia Hospital where he has carried out more than 2000 major interventions from the first operator and where he has set up a permanent school for reconstructive and rehabilitation surgery. Pelvic floor, of Urognecology recognized by the SPIGC (Italian Society of Young Surgeons), AIUG and AOGOI through which it has disseminated and trained many professionals through training from 2004 to 2016.
He attended as an assistant attendant at the Oncology Division Universitade de Campinas Brazil, on pelvic oncology and breast oncology from February 19 to March 5, 2008, performing several interventions (pelvicular, pelvic lymphoadenectomies, lomboaortic) and maturing proven experience in innovative endoscopic surgery and taking part in numerous advanced laparoscopic cancer surgery.

Surgical activity
The operative series, from 1991 to 2018, counts 2568 surgical operations (of gynecological laparoscopy, of pelvic reconstructive surgery and uro-gynecology).

Plaque of the President of the Italian Republic “In Memory of Prof. Francesco Crucitti” as Best Young Italian Surgeon 2005-2006, received at the XIX National Congress of SPIGC (Italian Society of Young Surgeons), held in Bologna on 21-23 June 2006 .

Prize in memory of Prof. Adolfo Volpe, “A life for surgery” (celebrated surgeon from Salerno) obtained at the order of the Medici of Salerno on 19/12/2009 and delivered by Prof. Bruno Ravera for the best thesis in general surgery and similar claws, titled “” CONSERVATIVE SURGICAL APPROACH IN THE RECONSTRUCTION OF THE UTERO-VAGINAL PROLASSES SEVERI BY THE USE OF MESH IN POLYPROPYLENE “, published in the international journal Eur J Obstet Gynecol Reprod Biol. 2008 August; 139 (2): 245-51Vaginal reconstructive surgery for the title pelvic organ prolapses: A ‘uterine-sparing’ technique using polypropylene prostheses.De Vita D, Araco F, Gravante G, Sesti F, Pigeon E.

National Councilor of the AIUG Board from December 2015 to today.

Director in the Board of the AIO (Italian Association of Obstetrics) from 2013 to today.

Board Member of the SCCL (Società Campano Calabro Lucana from 2013 to 2015.

Member of the AAVIS ‘AUSTRALIAN ASSOCIATION OF AMBULATORY VAGINAL INCONTINENCE SURGEONS from 2005 to present.

Bord Bord of the EAU European Association of UroGinaecology.

He attended as assistant attender from February 6 to February 25, 2005, the Pelvic Reconstructive Center in Sydney, Australia, directed by Prof. Farnsworth Bruce, where he attended numerous surgeries, meetings, ultrasounds and urodynamic examinations.

Training in Urological theater for urological procedures, both open and endoscopic, from 7 to 26 February 2005, tutor Phillip Mark Katelaris Urological Surgeons.

He attended as assistant professor at the Oncology Division Universitade de Campinas Brazil, on pelvic oncology and breast oncology from February 19 to March 5, 2008.

Physician visitor at the Department of Obstetrics and Gynecology durino the period from 19 through March 5. During his visit, he was an observer of the surgeries performed at the Oncology Division on breast and pelvic oncology. Reading: “Histopexy to sacrospinous ligaments” without mesh “in the 4th stage utero-vaginal prolapse” At the Department of Urogynaecology (Female Urology), University of Campinas, Brazil, Director Prof. Paolo Palma. Attendance at this Department for 23 days. Period 17/02/2008 05/03/2008.

Training on “Surgical treatment of incontinence -SERASISE TO and prolapse SERATOM”. Hall, Austria, from 22-23 April 2008

Teaching
Lecturer at the 2nd week from 23/06/2003 to 27/06/2003 of theoretical-practical lessons of the Course of Improvement in Proctology held at the Second University of Naples Faculty of Medicine and Surgery.

Operator at the 1st Course of Live-Surgery of Basic Gynecological Surgery, held in Avellino on March 31st – April 1st 2006.

Operator and Speaker at the “Course of Urogynaecology and Pathology of the Pelvic Floor”, held in
Nocera Inferiore (SA), on 29/06/2006.

Professor of Theoretical-Practical Course in Obstetric-Gynecological Ultrasound from 9-4-2010 to 25-06-2010, at the Hospital Company integrated with the University of San Giovanni di Dio and Ruggi D’Aragona, Salerno Medical School Salerno, 09/04/2010.

Eligible 3rd in the Competition for the Five-Year Assignment of Director of Complex Structure in Gynecology-Obstetrics Rummo Hospital Hospital of Benevento, completed in 2009.

Eligibility Competition for the Five-year Assignment of Director of Complex Structure in Gynecology-Obstetrics Fatebenefratelli Hospital of Benevento, held on 26/02/2015. 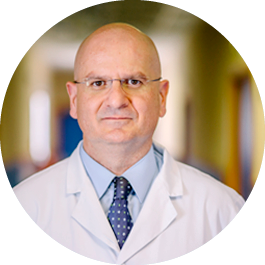 Director of the Human Reproduction Unit 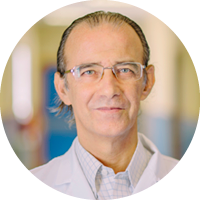 We would be glad to help you.